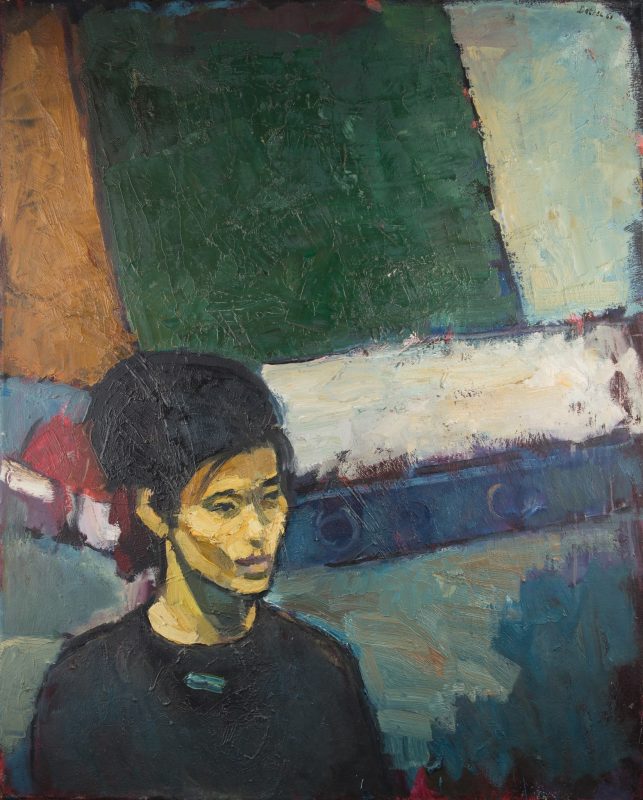 Numerous prizes from the Academy of Fine Arts Vienna tell of the promising talent of Peter Dotrel even during his early creative phase. The painting “The Asian Girl” was completed in 1966, one year before Dotrel finished his degree, and honored with the leaving prize. He was among the last students of the famous Herbert Boeckl and graduated from Franz Elsner’s masterclass. His expressive, representational early work is characterized by intensive, vital coloring, an assured, powerful brushstroke, and light as a space-defining element. The present painting stands out with its unconventional composition, the pastose application of muted, strong colors, and the dissolution of the background into large flat surfaces. Today, paintings and drawings by Peter Dotrel can be found in the graphic collection at the Albertina and at the Artothek des Bundes. This painting by the artist is published and depicted in the second of four volumes of the art book series on the painter. This is surely one of the most important treatises on the estate of 20th century artists, a hidden treasure trove that is now coming to light.