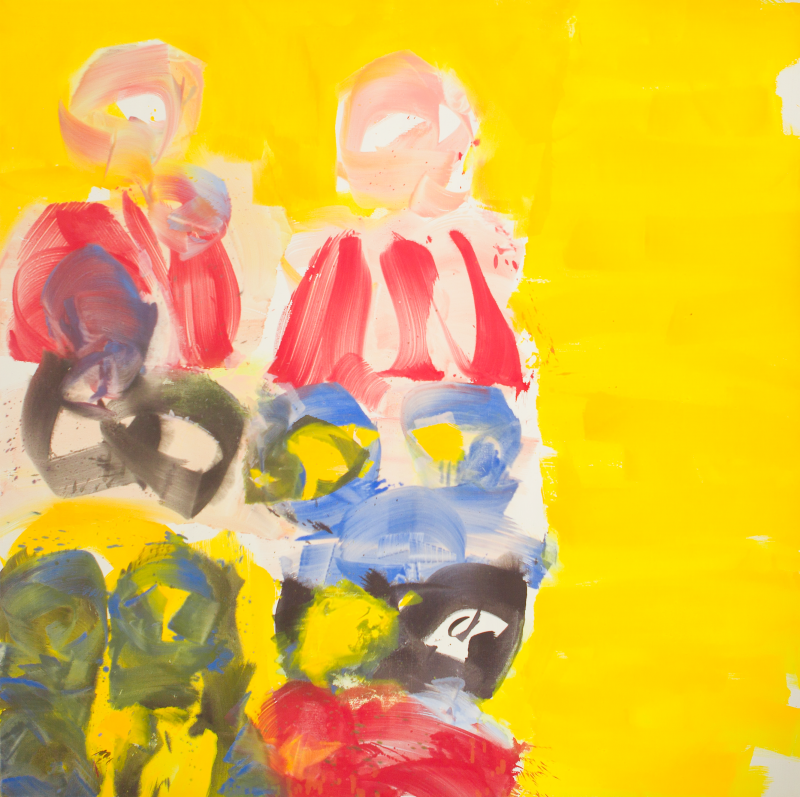 Josef Mikl is beyond question one of the most important representatives of Austrian painting after 1945. After his studies at the Academy of Fine Arts in Vienna (1948-55) under Josef Dobrowsky he joined the group of the “Gallery nächst St. Stephan” together with Markus Prachensky, Arnulf Rainer and Wolfgang Hollegha. Mikl took part in many national and international exhibitions and has been awarded a lot of prestigious orders like the monumental ceiling painting and 22 mural paintings in the Redoutensaal of the Viennese Hofburg. He received numerous awards including the Medal of Honor in Gold of the Republic of Austria. From 1969 until 1997 he was professor at the Academy of Fine Arts in Vienna. The dominant theme in his oeuvre is the human body which he reduces to his basic structure in the sense of “abstract realism”. With broad and gestural brush strokes in rich vibrant colors Mikl succeeds to capture the essence of the human being and his energy of life in a very unique way.