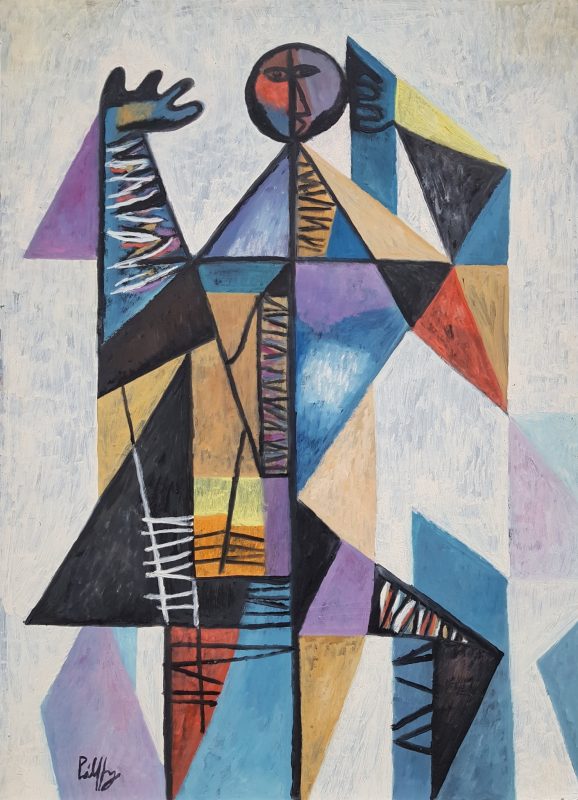 Peter Pálffy was born in 1899 in Schloss Seebarn (Korneuburg/Lower Austria) as the scion of a wealthy and influential noble family originating from Hungary. He spent his youth in Slovakia, where his family had extensive possessions, and even then his great artistic talent was evident. After studying at the Academy of Fine Arts in Munich with Angelo Jank (1921-22), he continued his education at the Berlin Academy of Fine Arts with Erich Wolfsfeld (1922-23). After an extended trip to Italy, he moved to Paris, where Peter Pálffy was to live and work for nine years. His engagement with greats of the French avant-garde such as Picasso, Matisse and Rouault, with currents such as New Objectivity, Cubism and Fauvism, allowed Pálffy to mature into a progressive and successful European artistic personality. From 1933 to 1945, he spent most of his time in his family’s Slovakian castles and estates, where he maintained a lively exchange with representatives of Hungarian and Slovakian modernism. In 1945 he was expelled by the Red Army, had to leave behind a large part of his works and fled to Austria. He lived in Kitzbühel until 1962, then in Vienna until his death in 1987 and became a member of the Art-Club and the artist group „Der Kreis“.

The present painting in bright, vivid colors is abstracted, but, as is usual for Pálffy’s work, there are nevertheless recognizable figural elements. The vertical composition is built around a dark line, which is located exactly in the middle of the picture. The geometric elements of the depicted human figure counteract the symmetry through their dynamic and moving arrangement around the center of the body and fill the work with great vitality.