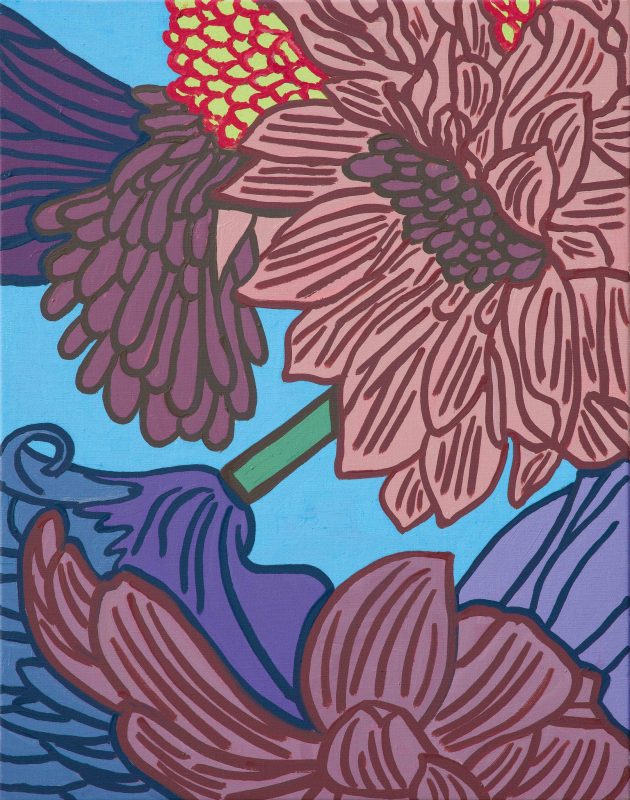 Hubert Schmalix, born in Graz/Austria in 1952, studied under Max Melcher at the Vienna Academy of Fine Arts from 1971 to 1976 and had his first solo exhibition at the Künstlerhaus Wien as early as 1976.

In the 1980s he belonged to the neo-expressionist group of artists known as the “Neue Wilde” which sought to redefine the aesthetic conditions of painting. While he painted rather coloristic-expressive here, he later worked in a constructivist condensed painting style, the picture surface was composed of color fields.

In 1984 Schmalix went abroad and immediately exhibited at the Sidney Biennale. During a visit to the Philippines, he met his future wife. This initiated a phase of calm, composed nude painting, centering on the female nude surrounded by one or more monochrome color fields, which also produced a special kind of light effects.

In 1987 Hubert Schmalix moved to Los Angeles, where he still lives and works today. In 1993 he exhibited at the Venice Biennale, followed by a personal exhibition at Mumok Vienna in 1994. In 1997 Schmalix became a professor at the Academy of Fine Arts Vienna.

He now turned entirely to nature and, subsequently, to flower painting. His paintings are determined by a balanced harmony; an “unobtrusive wealth”. The composition of the picture is relaxed and timeless. For Schmalix, painting as a medium is the most important thing; only secondarily does he look at the content. The surface and the color are more essential to him than the narrative.

The two-dimensional composition and the intense coloration remained his unmistakable foundations of his art. The paintings of Hubert Schmalix radiate a kind of serene calm, probably a reason that contributes to the success of the internationally renowned artist.