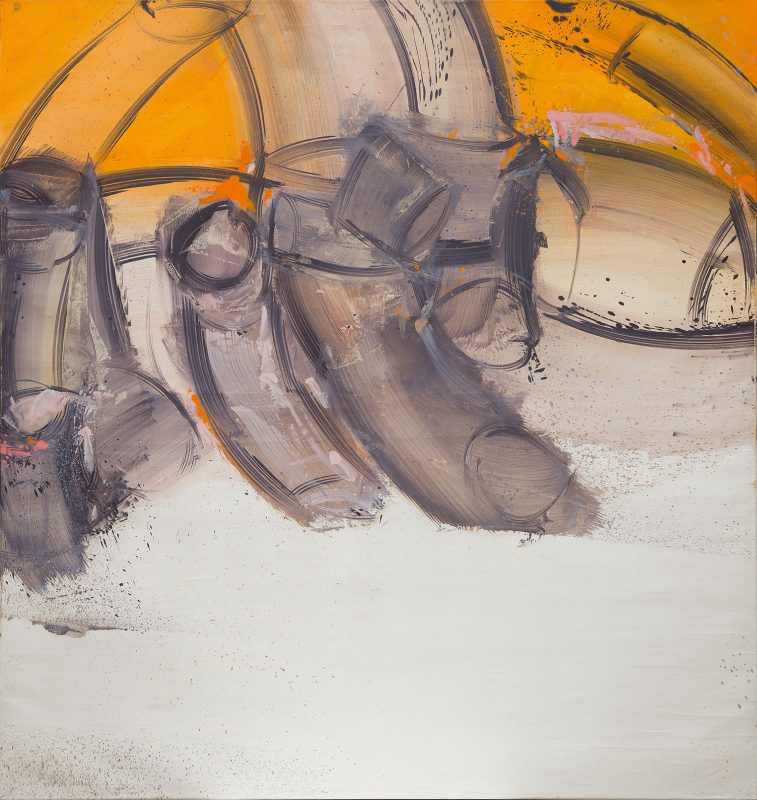 “Everything that is moving towards the spirited, towards the truth, requires an idea, a substance, a subject. Therefore, one cannot speak of abstract paintings.” – Josef Mikl is regarded as one of the most important pioneers of abstract painting in Austria. The artist in question, however, always viewed himself as a figurative painter, since although he worked with abstracted topics, they were always tangible; his preferred subject matter was the human body. Tubes – straight, bulging or bent – were one of his most important motifs even in his very early work. And the painting at hand, originating in 1981, is also composed of such tubular elements. Using broad, gestural brush strokes with bold colors, Mikl created an oeuvre of the utmost vitality and dynamism.

Josef Mikl is indisputably one of the most significant phenomena in Austrian painting after 1945. Following his studies at the Academy in Vienna (1948-55) under Josef Dobrowsky, together with fellow artistic greats Markus Prachensky, Arnulf Rainer, and Wolfgang Hollegha he founded the famous artist group “St. Stephan”. Josef Mikl received a series of prestigious assignments, first and foremost for a monumental ceiling painting and 22 murals in the Redoutensaal hall of the Hofburg in Vienna and was a professor at the Academy of Fine Arts in Vienna from 1969 to 1997.