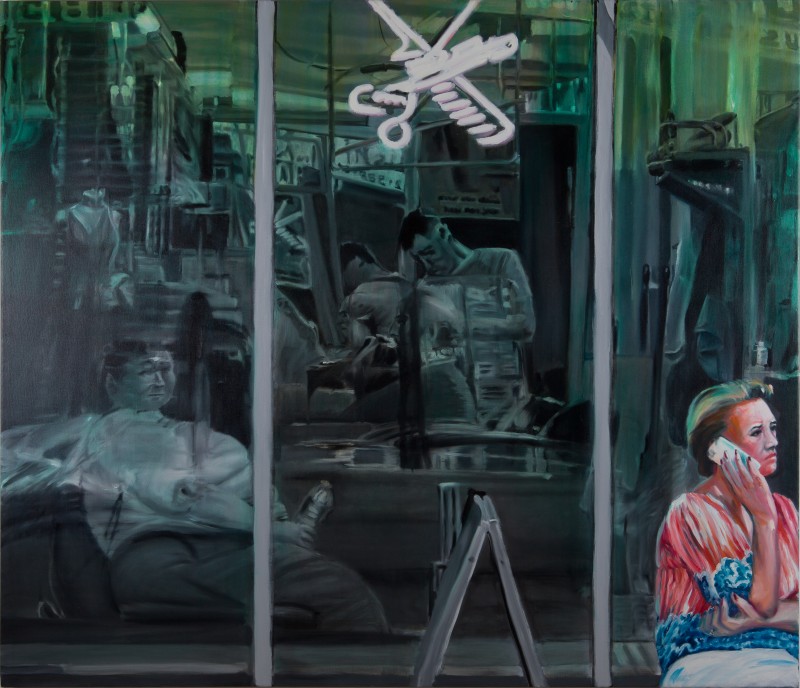 The artist and art historian Martina Pippal, daughter of the painter Hans Robert Pippal (1915-1998) and the archtitect Eugenie Pippal-Kottnig (1921-1998) works in Vienna and New York. With her painting „East Village NYC“ Martina Pippal examines the grasping of space of the middle class in an urban area that has been primarily populated by „not so wealthy people“, including artists and musicians. The different planes of the composition blend into and reflect each other. They represent the different lifestyles of the inhabitants of a city district which is on the move. It is a fleeting moment in a process of sociocultural revolution.