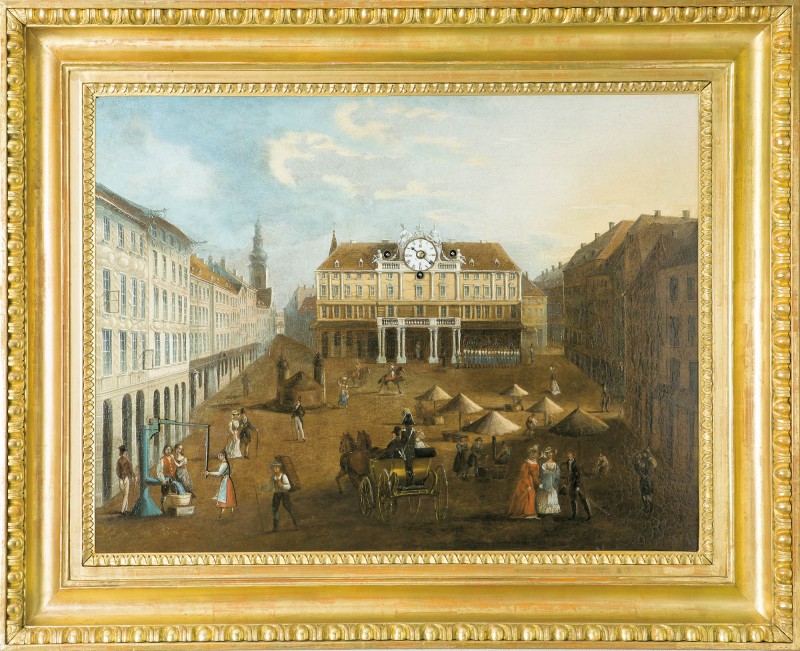 This beautiful picture clock has an oil painting on metal with a historical view of the town square of Graz/Styria. In the center the classicistic city hall is depicted, which was built between 1803 and 1807. (The modern day city hall derives from a later historistic conversion from 1887 to 1889). On the left the alleyway Herrengasse with the towers of the parish church and the „Landhaus“ is shown. In the lower left corner is an automaton which is coupled with the strike. It has the shape of a maid using a water well pump and a painted disc, which simulates running water by turning.

The oil painting is made after a print published in J. F. Kaiser’s „Lithographirte Ansichten der Steyermärkischen Städte, Märkte und Schlösser“ („Lithographed Views of Cities, Market Towns and Castles in Styria“) in 1825.

ART at the PARK