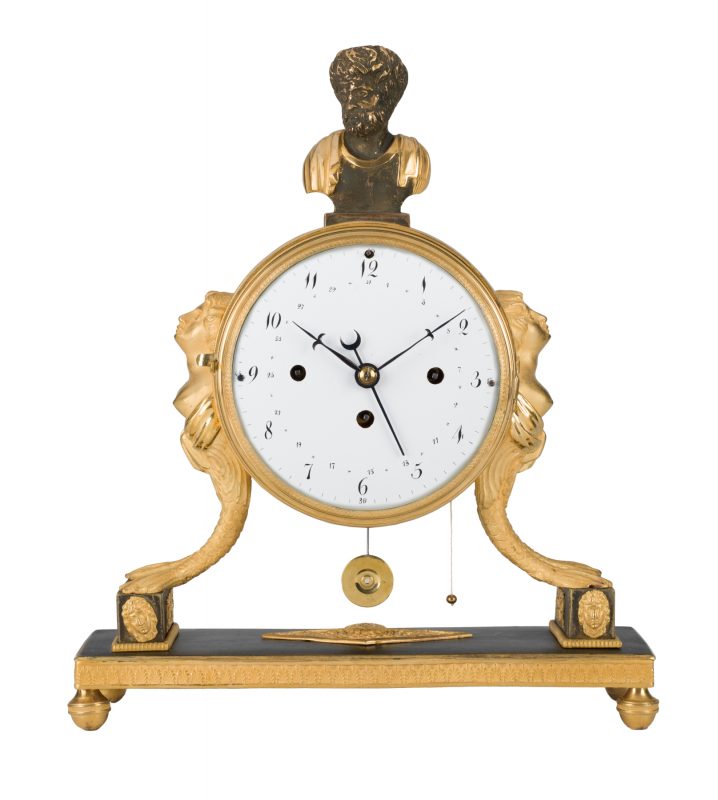 This mantel clock from the early 19th century has a casing with the design vocabulary of the then dominant Empire style. The case is made from engine turned and fire-gilt bronze with patinated accents. On a flat base with bun feet are two mermaids who carry the case drum. On top is a bust of Roman emperor Marcus Aurelius, who has died in Vienna (at the time called Vindobona) in 180 A.D. The dial out of enamel is equipped with a indication of date. The movement with anchor escapement has a Viennese grande sonnerie on wire gongs.