Back to category Carriage Clocks. 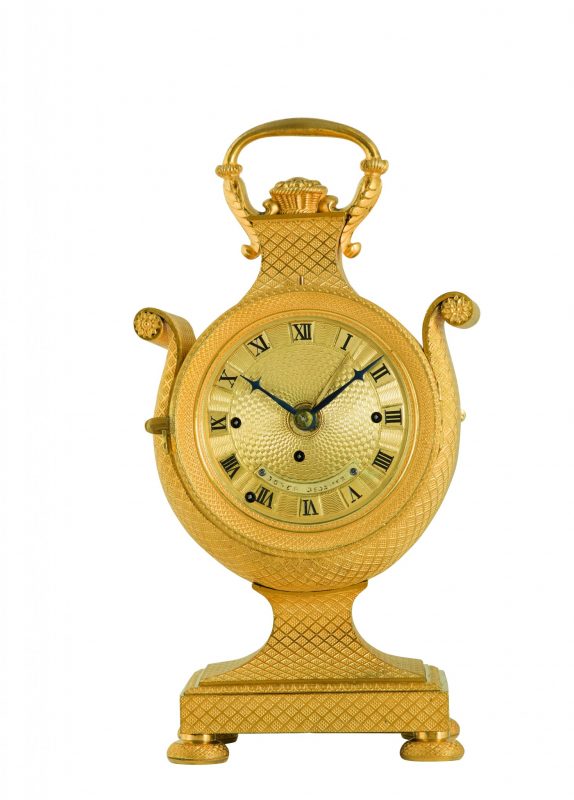 Rests of the signature of the famous Viennese clockmaker Josef Jessner, who became master in 1814/1815, can still be seen on the lyre-shaped carriage clock from the first quarter of the 19th century. Both the case and the dial are made of engine turned and fire-gilt bronze. The clock is driven by a verge escapement with fusee. The Viennese grande sonnerie beats on wire gongs. Other functions of the clock are the alarm on wire gong, the repeater and the turn-off for strike.