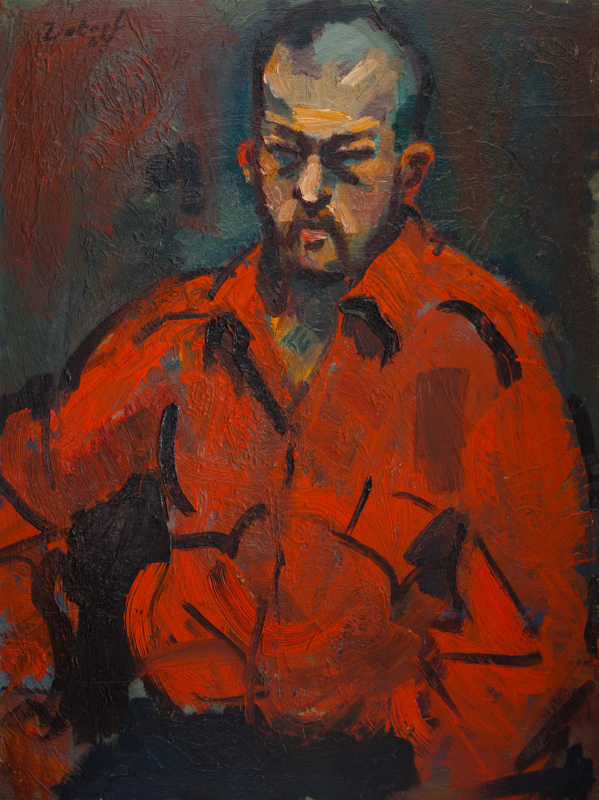 Viennese artist Peter Dotrel is known for an impressive body of work spanning five decades, through which he uncompromisingly explores the depths of human existence. Born in Vienna in 1942, Dotrel studied at the Academy of Fine Arts with Herbert Boeckl and Franz Elsner from 1960 until 1967. The Academy honored the great talent of the young artist with many awards. Franz Elsner’s work, and his preferred genres of still lifes, landscapes, and portraits influenced Peter Dotrel’s early output. Dotrel didn’t just learn technical skills from Elsner, he also became inspired by Elsner’s dynamically gestural painting style and positive mood lighting. Dotrel’s portraits from the 1960s are vividly colored and often marked by strong contours, and his ability to capture emotions and moods using just a few brushstrokes is a testament to his artistic skill.