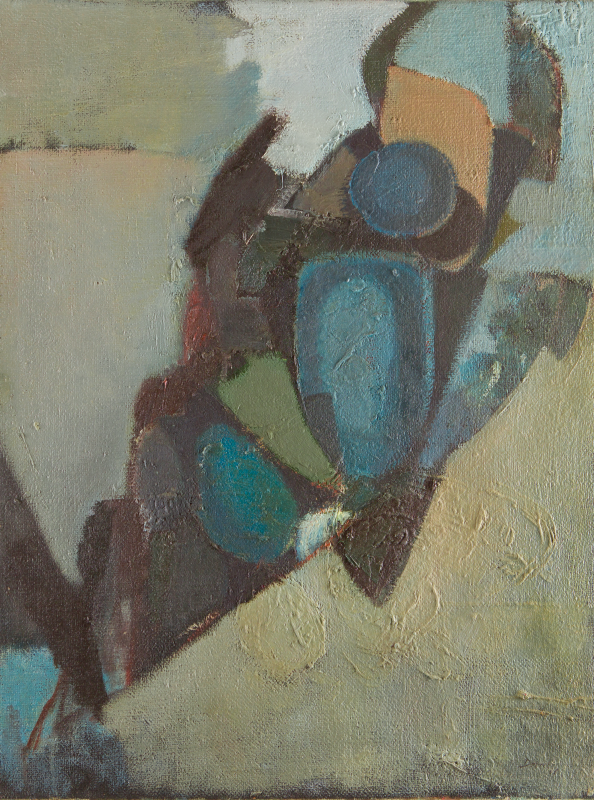 Peter Dotrel was born in Vienna in 1942 and studied at the Academy of Fine Arts from 1960 to 1967. His teachers were Herbert Boeckl and Franz Elsner. His outstanding talent was honored by many awards including the silver Fügermedal. Towards the end of the 60ies his work became more and more abstract. Inspired by Boeckl`s cubist color field painting after 1945 he dealt with the subject of analytic cubism. During this time of mainly abstract compositions in blue he found his own and individual style after years of study at the Academy. This opens the way for his later stylistic phases, the atmospheric surrealistic style of the 70ies and his 80ies and 90ies dynamic gestic works painted in red-white-black color combinations which deal with the human body and soul.