Back to category Tiny Tickers. 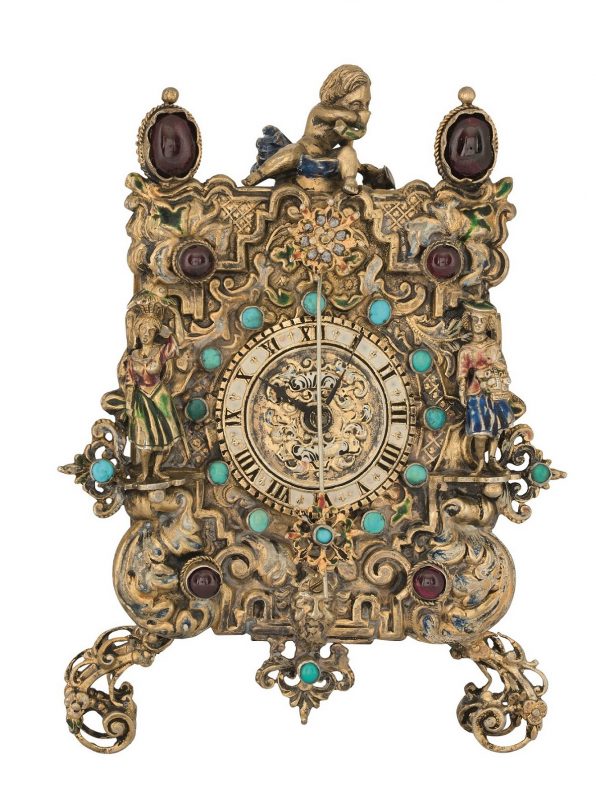 Vienna, middle of the 19th century

The elaborately embossed, engraved and partly polychrome enameled case of this silver ticker is set frontally with numerous set turquoises and grenades, rests of the fire gilding are still visible. The very rich decor shows tendrils, flowers, a satyr mascaron and figurines with flower baskets. The crest of the little clock is shaped as Baccus-cild. The dial is made of embossed brass, the dial ring itself is enameled. The movement of the mid-19th century is provided with a cylinder escapement, which was often used by Viennese tiny tickers. The height incl. pedestal is 15 cm.

Tickers in „miniature form“ were a popular type of clocks in the Biedermeier era in Austria and southern Germany. The name comes from the short oscillation period of the pendulum and is also referred to as „Kuhschwanzpendel“ or „Vorderpendel“.