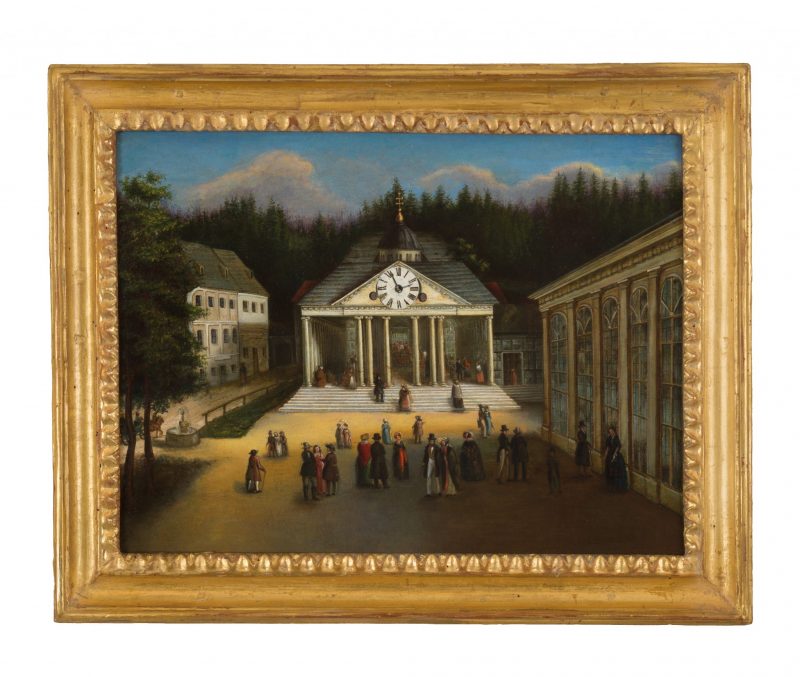 In the first half of the 19th century, Mariánské Lázně (german: Marienbad) experienced a rapid rise to an internationally sought-after spa thanks to its numerous healing springs. Among its distinguished guests were Johann Wolfgang von Goethe, Richard Wagner, King Edward VII of Great Britain, Emperor Franz Joseph I, and many others. The painting of this Viennese miniature picture clock shows the cross spring pavilion with its airy portico and its dome with gilded cross. In the right half of the picture one recognizes the glazed arcades of the old Kursaal (today at this place the main colonnade from 1888/89). In the foreground the sophisticated society is strolling.