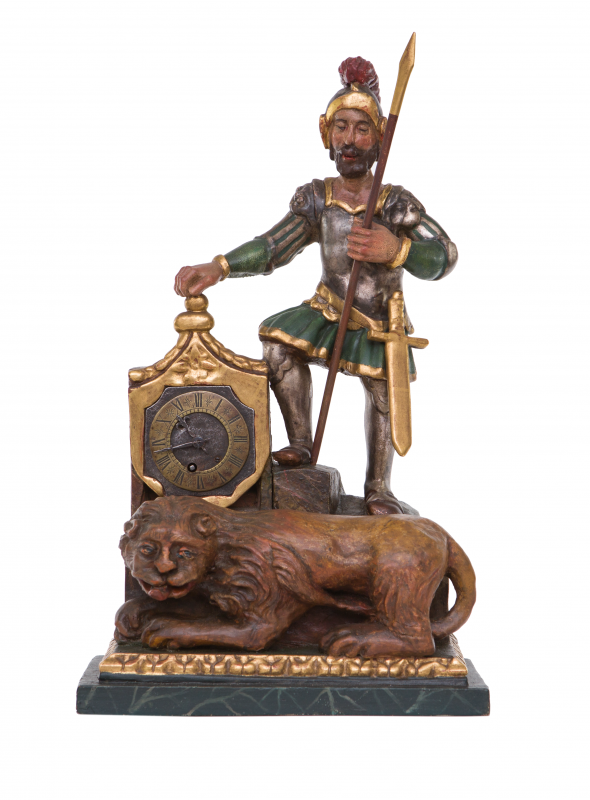 Austria/Southern Germany, second half of the 18th century

This figural mantel clock, which was made in Austria or Southern Germany during the second half of the 18th century, has a carved, mounted and gilt case out of lime wood. On a marbled base with gilt ornamental fillet rests a lion. Behind the animal is a setup with carved rocks and the stele-shaped movement case. On the rocks is standing an armed and geared up Samson, which is often depicted as bearded warrior in folk art. While resting one hand an the ball finial of the movement case, he is looking down on the defeated lion. The silvered dial has a brass dial ring with Roman numerals. The movement is equipped with an anchor escapement.