Back to category Mantel Clocks. 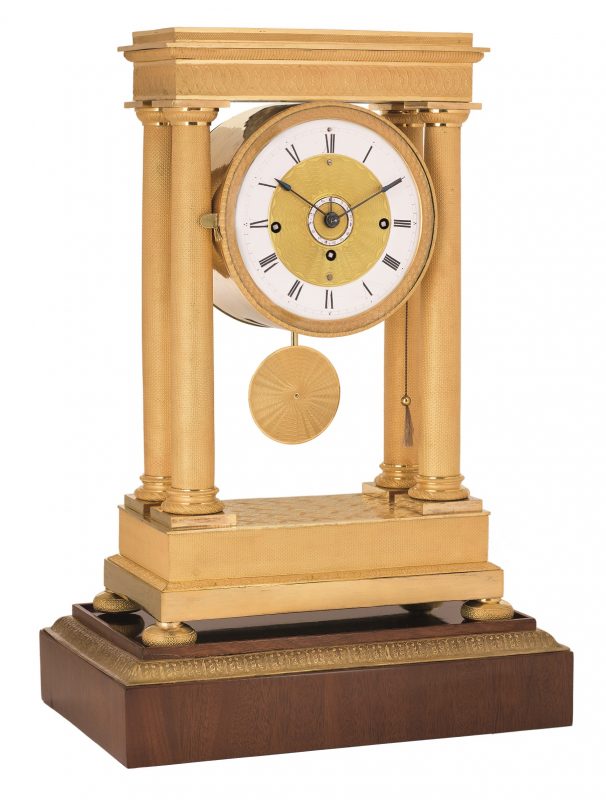 The portico clock type was developed towards the end of the 18th century and was among the most popular mantel clocks, particularly in Austria during the Empire and Biedermeier period. This ornate portico clock is, from the case to the dial and even down to the pendulum bob, engine-turned, engraved and exquisitely fire-gilt in a wide variety of patterns to an outstanding level of  craftsmanship. On the stepped base with four pressed ball feet four columns rise which carry the case drum as well as an entablature with cornice. The skilfully set gloss and matt gilding further emphasizes the symmetrical architectural structure of the case. The chapter ring and the date ring are made of enamel. The glazed bezel is also finely engine turned and fire-gilt.
The movement with anchor escapement has a Viennese grandes sonnerie on wire gongs, a turn-off for the strike, a repetition and an indication of date. The portal clock rests on a rectangular mahogany veneered pedestal with a fire-gilt bronze fillet.