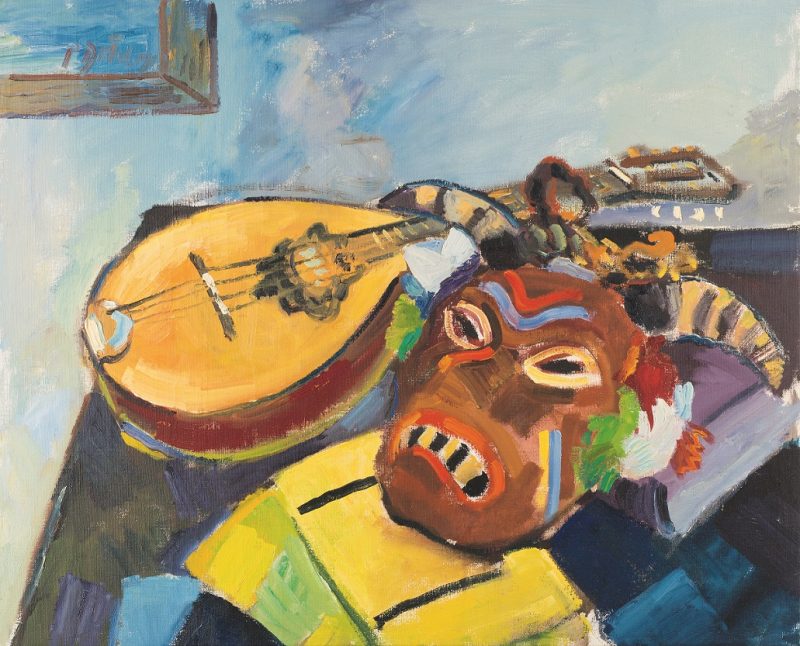 The early expressiv-representational work of the artist was created during his years of study from 1960 to 1967, and primarily comprises portraits and still lifes influenced by his teachers Franz Elsner and Herbert Boeckl. The works from his academy years, carried out with a strong, impasto application of color in short brush strokes, have an intensive, usually positive aura. The composition of this piece is implemented with exceeding adeptness in terms of form, color and the atmosphere created by the lighting. Dotrel accomplishes – intensified by the fantastic play of colors – an incredibly vibrant still life.

Paintings and drawings by Viennese painter Peter Dotrel (1942–2013) can be found in the Graphic Art Collection of the Albertina Museum and the Artothek des Bundes (which collects art acquired by the Austrian state). He is one of the last students of the famous Herbert Boeckl, and a graduate of Franz Elsner’s master class. His oeuvre, which spans five decades, is characterized by the development of his own independent style of handwriting.