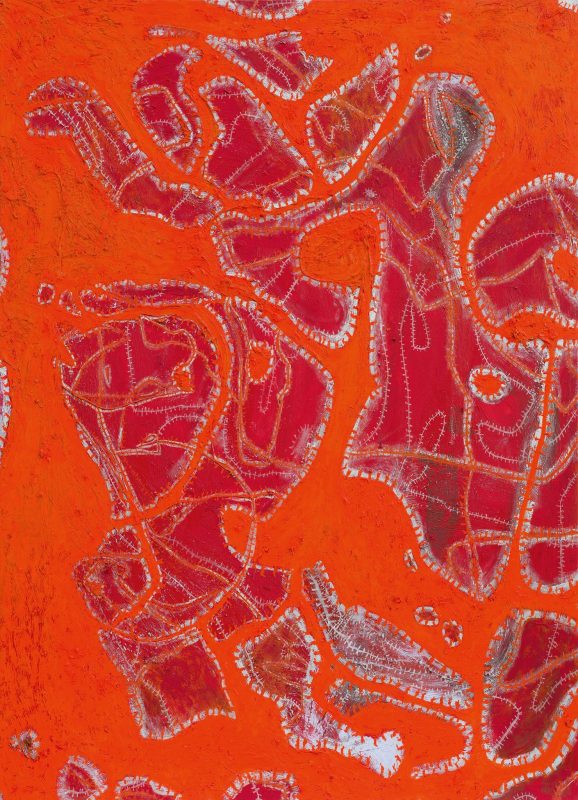 The impasto “world-paintings” by the famous Austrian artist Gunter Damisch can be interpreted as a macrocosm with planets and galaxies or a microcosm with tiny, amebalike entities. In these highly abstracted paintings, the powerful coloring, the generously applied color itself, is one of the most important mediums of design. Through his unmistakable and authentic style of painting, Gunter Damisch fathomed the entirety of the universe as well as its smallest details.

Born in 1958 in the Upper Austrian city of Steyr, Damisch studied from 1978 to 1983 at the Vienna Academy of Fine Arts under Arnulf Rainer and Maximilian Melcher. In the 1980s, he was part of the “Neue Wilde” (“New Savages”) movement, a generation of artists – including such names as Hubert Scheibl, Herbert Brandl, and Hubert Schmalix – who had devoted themselves to a neo-expressive, impulsive, and color-intensive style of painting. In 1998, Gunter Damisch was granted a professorship at the Academy of Fine Arts Vienna, which he occupied until his early death in 2016. Today, due to his vital, incredibly autonomous, and unique imagery, Gunter Damisch is considered one of the most renowned painters of more recent Austrian art history.