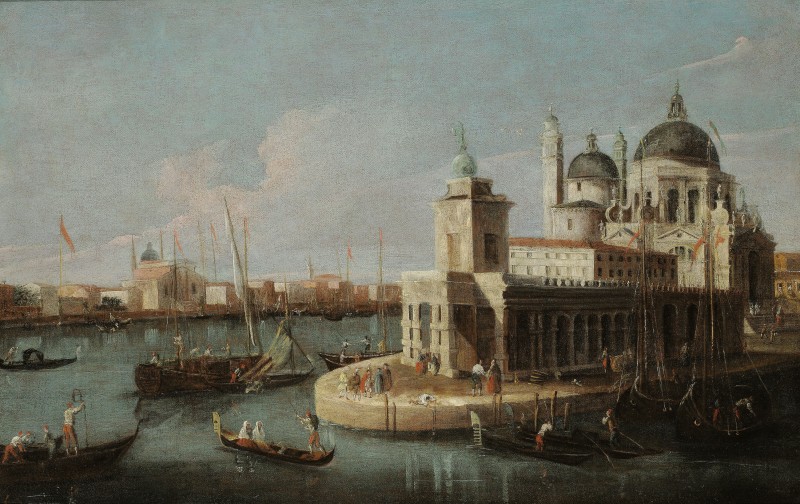 The Italian Baroque painter Gabriele Bella is an important representative of 18th century Venetian veduta painting. The illustrated oil painting depicts the Punta della Dogana, a promontory at the concourse of Canale Grande and Giudecca channel. Behind the Dogana da Mar (former customs office of the 17th century, which today houses a modern art collection) can be seen the church Santa Maria della Salute (a baroque central-plan building from the 17th century by the architect Baldassare Longhena). In the background Il Redentore can be made out, a church on Giudecca island, which was erected during the last quarter of the 16th century by Andrea Palladio.