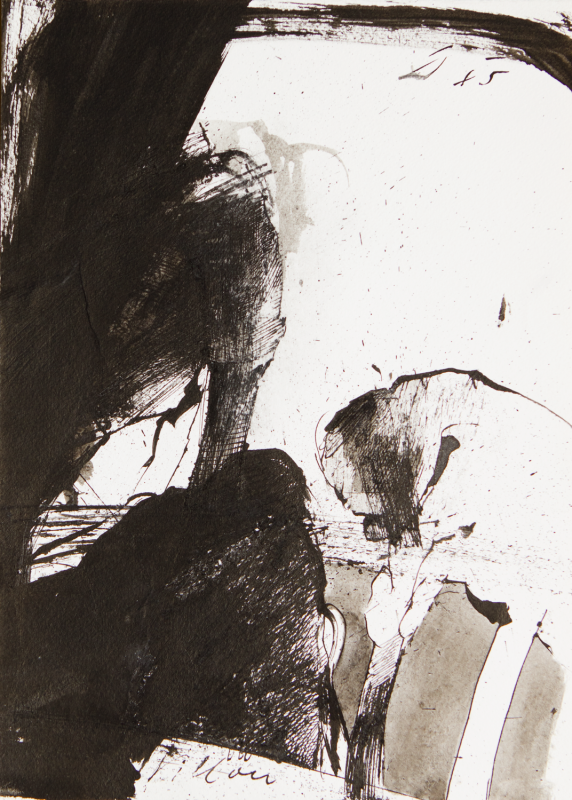 This ink drawing by the Viennese painter Peter Dotrel is titled lower mid „Villon“. Francois Villon (1421 to about 1463) was a French poet, whose writings inspired Dotrel to a series of drawings, of which one can be found in the graphics collection of Albertina Vienna (inventory number 44396)