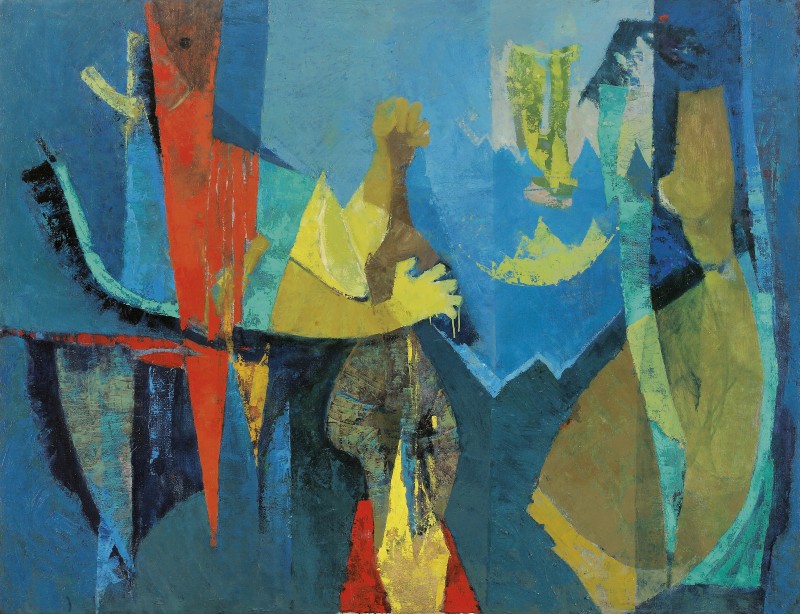 Around 1950 a new tendency in Pravoslav Kotik’s oeuvre can be detected, which should take great influence on the next decade. By increasing geometrization and the liberation of shape and color the „Picasso of Prague“ finally reached abstraction during the late 1950ies. The painting „Abstraction between Heaven and Hell“ was made in the time from 1960 until 1961. It shows a composition of geometrical shapes, dynamic fields of color and figural elements. In a masterful kind of way Kotik combines abstract with figurative painting in this mystical picture. He creates a scene which is almost narrative and which the observer can rather feel than see.