Back to category Furniture, Chandeliers. 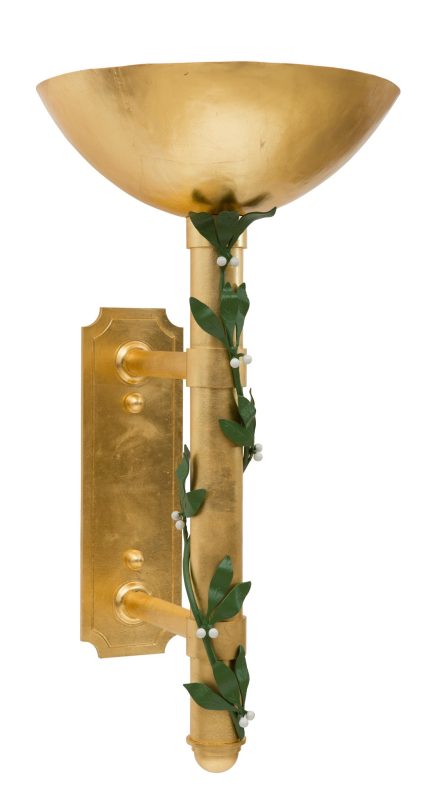 In the 19th century, the railroad was the most modern means of transportation in the world. The stations were correspondingly magnificent and representative, as they were the pride of every city and provided many travelers with an important first impression of their destination. The vocabulary of forms of these palatial buildings was also to shape the train station architecture of the 20th century. The monumental high entrance halls were particularly elegantly furnished, for example with stone cladding or opulent lighting fixtures.

The present grand wall appliques once illuminated the great hall of Linz’s central station. The main railroad station of the Upper Austrian capital, which dates back to the 19th century, had been expanded between 1931 and 1936 according to plans by Anton Wilhelm. After the destruction of the Second World War, the reconstruction on the old foundation walls took place in 1946 under the supervision of the same architect. The large sconces with splendid schlag-leaf-gilding probably go back to designs of the first construction phase in the early 1930s. The mistletoe tendrils on the rods of the torch-like lamps still refer stylistically to Art Deco. Chandeliers in the form of naturalistic mistletoe branches already enjoyed great popularity in Viennese “Jugendstil” and French Art Nouveau. The extraordinary, original numbered wall appliques are the last evidence of the old Linz Central Station, which was replaced by a new building in 2002. These high-quality authentic furnishings are undoubtedly important examples of Austrian architectural history and its interior decoration.